Thermoplastic plaster consists of natural minerals that have thermal insulation properties and high stress tolerance. It depends on the properties of zeolite of volcanic origin, which is a natural inorganic mineral from the group of three-dimensional alkaline terrestrial minerals, and other basic minerals of water-earth with high porosity, in which the vacuum channels reach more than 55% with a size between 2-7 angstrams.

The union of the crystal structure of zeolite mineral with other minerals results in the middle of the quaternary units of aluminum and silica with each other by sharing oxygen and this linkage results in different structures containing spaces connected to each other in the form of channels. With oxygen, which gives a high capacity for ion exchange, so that its network and basic building units are aluminum silicate
SIO4
Alkali ground water from the four corners where the oxygen is shared with the four-charged silicon. Usually, the triple-charged aluminum replaces the silicon with the presence of single cations or in the quaternary units, which results in a negative charge that is electrically equivalent to what produces an endothermic reaction and storage.
Zeolite mineral has a rough appearance and includes cavities whose molecules contain positive ions of sodium, potassium, calcium, strontium, barium and magnesium in addition to a water molecule.
The chemical composition of thermoplasty (what appears and when you click on the mouse, the explanation appears) 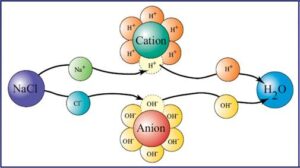 The structural structure of thermoplasty and its dependence on the element zeolite with other water-earth minerals makes thermoplasty have unique properties that are only found in it.

It is the process of replacing the positive ions inside the zeolite element and other bonding minerals with other ions of different valence, whether in contact with an aqueous solution or gaseous compounds.

It is the effect that makes the surface layer of any material behave as a flexible sheet, and it is the effect that links the homogeneous material with the molecular forces of attraction (cohesive forces), which works on the cohesion of this material with each other and affects the molecules of the liquid and the molecules of other media that it touches, whether these media are solid or Liquid or gaseous called forces (adhesion), as the density of solids is greater than the density of gaseous materials, so the sum of these forces is towards the forces of cohesion and adhesion.

The surface area is the area in which the body contacts the surrounding environment, the higher the surface of the body, the greater its interaction with the medium. Produced by its porosity and ion exchange factor, it works to remove guest solvents, and separate gases, leaving the pores in an intact state and without the collapse of the frameworks and structures for the structural composition of zeolite mineral.

4 - Porosity of the surface

The porosity in the structural structure allows separating the components of the mixture or gaseous compounds on the basis of the difference in size and shape of the particles, which makes the thermoplasty a natural sieve that sifters and selects materials and gases and separates them from other particles. It allows the passage of linear compounds and prevents branched compounds.

It is the accumulation of molecules and atoms on the surface of the material, where the material spreads in the zeolite crystal, which varies in its density. So the adsorption is the result of surface tension, which generates a thermal equivalence between the adsorbent and the adsorbent. 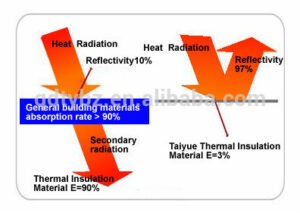 Since the raw material for thermoplasty (zeolite) is of porous rock filled with air gaps, which amount to 50% of the volume, and the size of the voids ranges between 2-7 angstrams, as the square meter contains 1200 meters of channels and air gaps in which air is trapped, which in turn It impedes the transfer of heat through it, as static air is one of the most heat-insulating materials, as the thermal conductivity, according to the examinations of the Royal Scientific Society, reached 0.178 (watts / m.ᴼ h) (*), and according to the British Standard No.
BS EN 1745
Thermal transition across a building surface located in a moderately exposed area of ​​wind and snow, and the like, is equivalent to 2.44 thermal watts. This means that the roof loses 2.44 watts of heat for every one square meter of its surface, through a temperature difference of one degree Celsius between its interior and exterior surface.
If we use thermoplasty with a thickness of 2 cm, coarse, 1 cm fine, to improve the efficiency of this surface, and on it, the thermal transition of the surface will drop from 2.44 to 1.11.
This means that the addition of thermo plaster with a thickness of 3 cm for walls or a 5 cm thermoplasty slope for the surfaces of the upper building leads to a reduction in wasted energy by between 40-60% 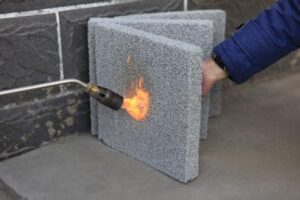 The reasons for the thermoblaster’s tolerance to high temperatures are due to the fact that it contains a large percentage of incombustible scoria, in addition to the origin of the volcanic zeolite mineral, which makes its resistance to high temperatures ideal. The examinations of the University of Science and Technology Reference No. (38) reached 400 degrees Celsius and according to the American Standard No.
ACTM E 119 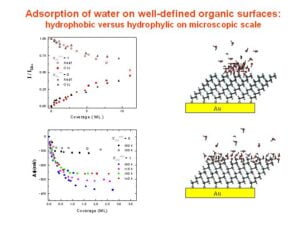 The chemical properties of Thermo plaster which are - surface tension - surface porosity - adsorption, and with low thermal conductivity, make Thermo plaster ideal in resisting moisture as it works unlike other insulators, it attracts oxygen and hydrogen atoms due to the surface tension property on huge areas of the composition Its crystalline is due to the porosity of the surface and re-releases the oxygen and hydrogen atoms when the medium needs them due to the adsorption property.
As for other insulators, they close the surface pores, which leads to the formation of moisture on the outer surfaces. 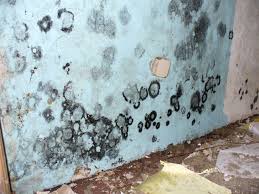 The nature of the chemical properties of zeolite mineral and the inability to form internal or surface moisture makes the possibility of forming parasites, molds and germs not possible, which leads to thermal comfort and no moisture formation at all, catching mold, fungi and bacteria, thus achieving relative humidity in a way that suits the human body and according to the criteria led 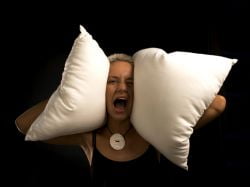 The adoption of thermoplasty on pozzolana metal, which is characterized by open capillary cells with multiple surfaces with a rough volume of up to 50% of the total volume, which enables it to absorb most of the sound waves falling on it, as it has a very high sound absorption coefficient according to the American specification
ASTM C423 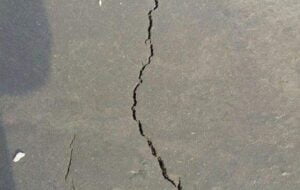 The physical composition of zeolite mineral (pozzalana) with high hardness (4) and its mechanical properties, which are represented by the bonding factor between the silica particles and the property of not shrinking and falling due to the structural structure of the aluminum and titanium units, hydrophobic, and its combination with silicon shows a high resistance to external mechanical influences such as shocks and vibrations and internal factors of landing and And contraction - expansion and contraction factor (000.1)%.

Resistance to salts, sulfates and oxidation 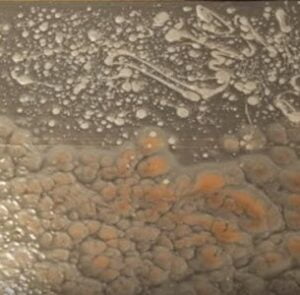 The physical properties of zeolite mineral (Pozzlana) and its union and separation with other inert minerals that make up thermoplasty and its volcanic origin make it the ideal natural factor for resisting salinity, sulfates and oxidation, which reduces the corrosion process of buildings and is suitable for coastal cities.

Zeolite has an amazing ability to adsorb and absorb many different gases and moisture thanks to its porosity and surface tension, so it has a superior ability to absorb heavy metals, polluted air and radioactive elements and break them into the crystalline formation, which is a chemical transformation process within and on the crystal formation. The high capacity of zeolite mineral in ion exchange makes It is a natural sieve for all heavy metals (lead, copper, zinc, cadmium, cobalt, manganese, iron, carbon dioxide and monoxide) and optional gas adsorption (ammonia, hydrogen sulfate and water vapor) by up to 97%.
When the gases pass through the molecular sieves, the smaller particles of the zeolite pores will only be disturbed and adsorbed, while the larger ones do not enter. They are attached to the outer surface due to the surface tension of the zeolite. adsorption according to polarity,
The amount of the adsorbent material increases as the adsorption surface increases. Therefore, to obtain a large adsorption effect, the adsorbent surface must be as large as possible. Good adsorbents are only those that have a very large surface.

A friend of the environment 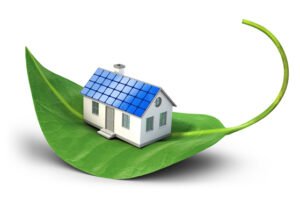 Thermoblaster, which consists mainly of pozzolana, is a completely harmless natural substance. It is inorganic, non-combustible, odorless, non-toxic, and has no side effects on the human and non-human organism, and it does not emit smoke or toxic gases in all its forms. 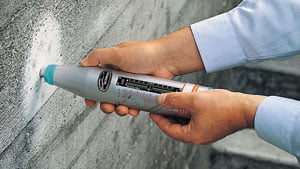 Thermoplaster contains a high percentage of pozzolana, which is used in the cement industry, which is used in all concrete works, and the similarity of the composition between them makes it double the strength of adhesion even with other construction works such as gypsum, natural and artificial stone and others. 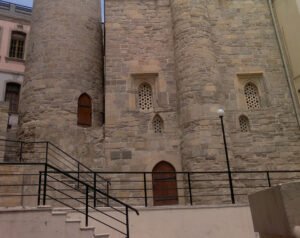 The full properties of thermoplasty, its volcanic origin, and its content of a large proportion of silicate and inert minerals make it the ideal natural alternative to resist the internal reactions in the body of buildings and preserve it from external influences and weather fluctuations, so the pozzolana has been used a lot in the historical buildings that remain until now - the Church of Elia Sophia, The Roman amphitheater in Italy, and other historical buildings.

It must be free of impurities, oils, dust and concrete admixtures

Thermoplastic plaster is done either by the usual manual methods or by specialized spray bales after spraying the surface with water manually.
1 – Demolition
2 - Farewell
3 - Coarse plaster from 1cm-2cm
4 - soft plaster from 0.5 cm to 1 cm

To maintain the technical and physicochemical properties of thyroplasty, the following must be taken into account in the process of painting and brushing.
1- Do not use oil-based paints or pastes
2 - Use only water-based paints and pastes. 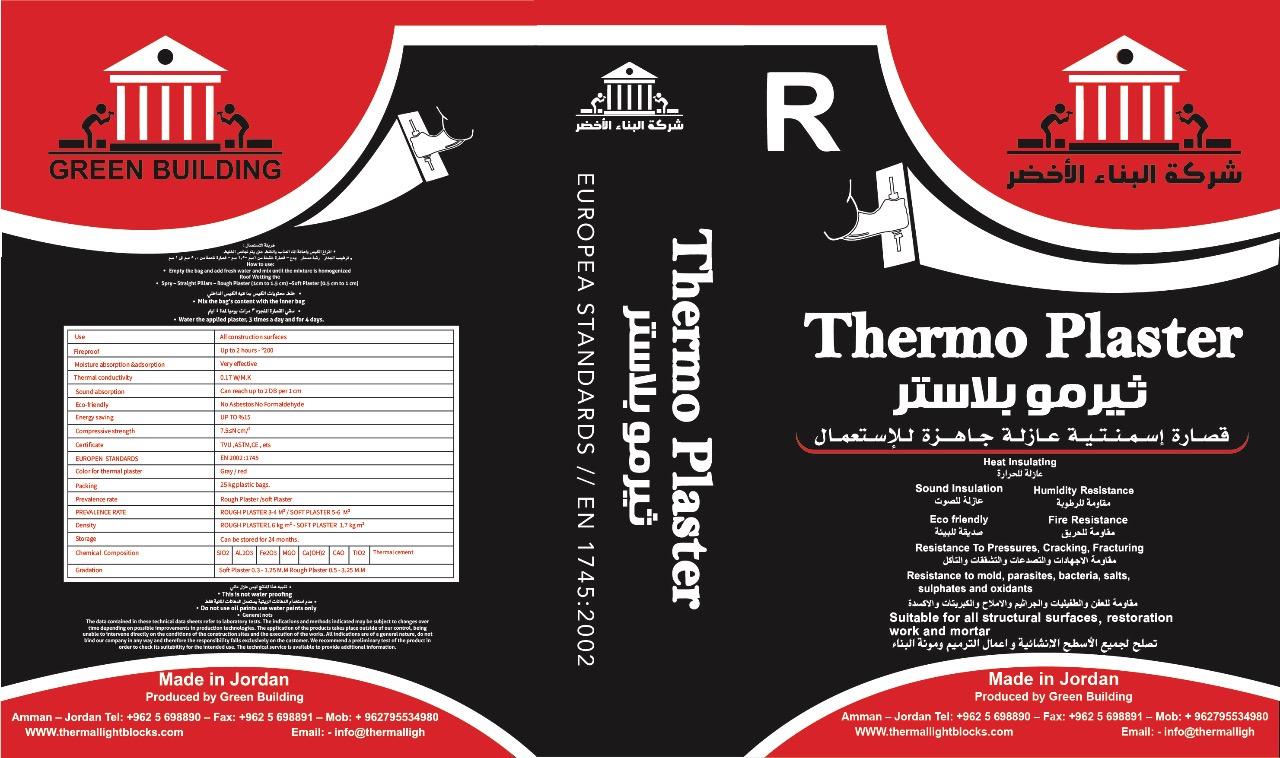 To see the technical specifications of the thermostone adhesive